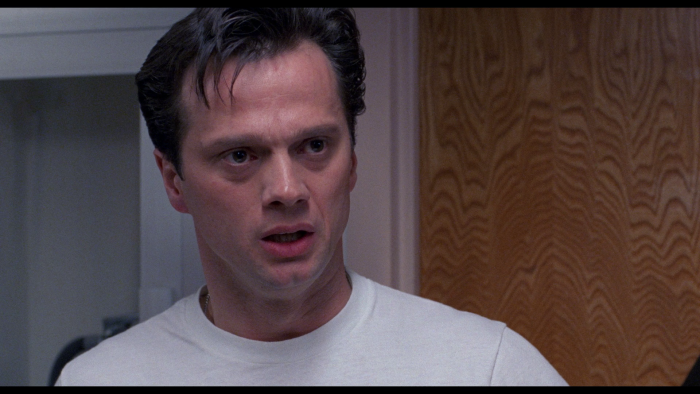 David Cronenberg wasn't pursuing a franchise opportunity when he created 1981's "Scanners," but he managed to inspire the creation of one, without his involvement. Executive producer Pierre David labored to transform the original feature into a series of DTV sequels, achieving some success with 1991's "Scanners II: The New Order" and 1993's "Scanners III: The Takeover." Instead of marching into a fourth installment with the same old telepathic warfare, David elected to slightly change the situation, taking directorial control of 1994's "Scanner Cop," which turns the whole brain- popping concept into a detective story, almost playing like a pilot for a syndicated television show. "Scanner Cop" isn't a major reorganization of the premise, but it tries to merge supercop events with horror happenings, finding some inspiration when it creates a mess with the characters and their squishy minds. Read the rest at Blu-ray.com