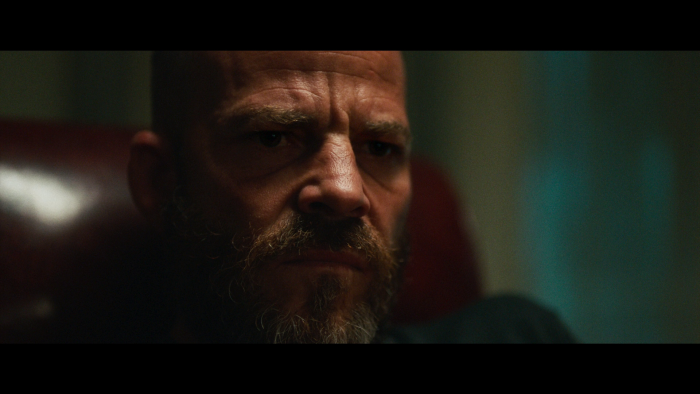 It's been a long time since actor Stephen Dorff delivered an alert performance. He's been working the B-movie circuit for some time, flirting with a few softer diversions (including Sofia Coppola's "Somewhere"), but he's mostly stuck with playing hardened guys in criminal situations. For "Embattled," Dorff is once again tasked with portraying a nasty human being, but the screenplay by David McKenna ("American History X," "Blow") doesn't permit the character to act as flypaper for cliches, putting in the effort to create dimensions for a seasoned MMA fighter struggling with ego and anger issues, gradually recognizing the emptiness of his life. The role is a perfect fit for Dorff, who gives one of his finest performances, and it's a strong film overall, exploring forms of violence and neglect, but also taking a look at the true formation of masculinity and family. There are plenty of hard hits and trash talking, but "Embattled" goes beyond the sport's aggression to grasp the wounded hearts in play. Read the rest at Blu-ray.com