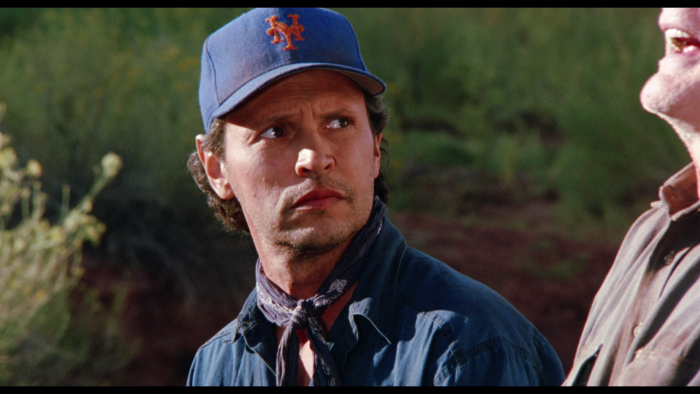 Expectations were low for 1991's "City Slickers," which was a modestly budgeted summer release starring Billy Crystal, who was trying to build a leading man career after the success of "When Harry Met Sally." The picture offered adult audiences relatable themes on aging and friendship, delivering nuggets of midlife crisis awareness while exploring the open world, complete with western-style misadventures and animal encounters. "City Slickers" managed to surprise many by becoming the sleeper hit of the year, becoming the fifth highest grossing feature of 1991 (right below "The Silence of the Lambs"), while Jack Palance collected an Academy Award for his work as the crusty cowboy, Curly. A sequel wasn't necessary, there was nowhere left to go with the premise, but Crystal thought he had a sure thing with 1992's "Mr. Saturday Night" (his directorial debut), a hyped dramedy that was envisioned as an awards magnet and box office behemoth, and while the vanity project managed to collect a few nominations, audiences avoided it, knocking the star off-course in his quest to become a bankable name. For Crystal, there was only one way to win back his audience: a sequel. For 1994's "City Slickers II: The Legend of Curly's Gold," Crystal is aiming to please, recycling old jokes, rehashing familiar subplots, and even bringing back Palance to make sure the follow-up generates the same excitement as the previous chapter in the Mitch Robbins saga. It turns out, the "one thing" only really works once. Read the rest at Blu-ray.com