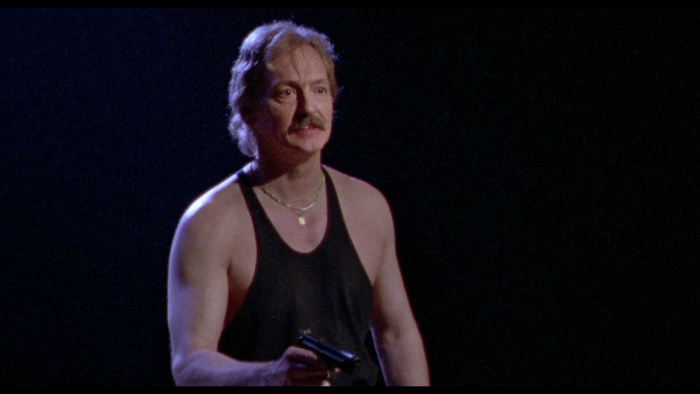 The title "Champagne and Bullets" doesn't make much sense. The movie includes the consumption of champagne, but very few bullets are fired, though a character orders "bullets" at a bar, which may be a reference to specialized drink. Who knows? One would hope writer/star/co-director John De Hart would, but he's got bigger fish to fry as the mastermind of this crazy picture, which shows almost no sense of leadership or forethought. De Hart oversees one of the great make-em-ups of the 1990s with "Champagne and Bullets," building himself a vanity film that celebrates his songwriting, singing, acting, and sexuality, planning to transform himself into a screen icon with the endeavor, which is as clumsy and misbegotten as can be. Make no mistake, this thing is awful, but one doesn't come to the feature with hopes for directorial finesse. Amusement with a "Birdemic"- style ride is the desired result, and the effort delivers plenty of that. Read the rest at Blu-ray.com