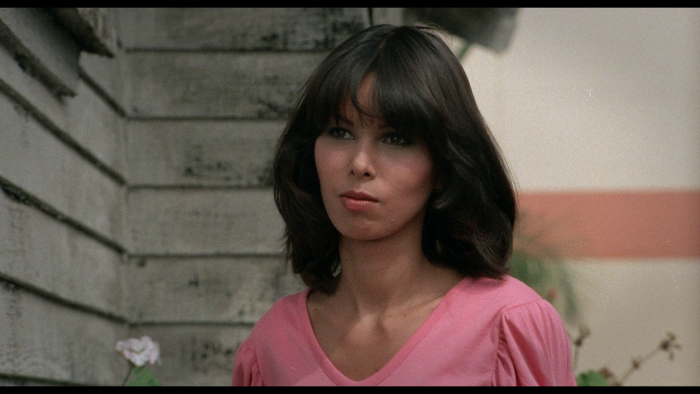 1984's "Alley Cat" hopes to compete in the exploitation market, presenting a lead character who's not one to accept trouble from others, using her karate training to make sure predatory men don't mess with her twice. The production tries to work in some violence, nudity, and aggressive behavior to offer fans a decent ride, but the picture doesn't get messy despite plenty of opportunity to do so. It's something of a relief to see such restraint, with the directors (Victor M. Ordonez, Ed Palmos, and Al Valletta) actively working to make their R-rated vigilante story approachable to a slightly wider audience. It's not a Disney production, but "Alley Cat" doesn't revel in ugliness, providing B-movie entertainment with some fun fight scenes, an energetic lead actress with a loose command over her accent, and a somewhat timely condemnation of the American police and justice system. It's not an especially good film, but with this type of escapism, anything that isn't downbeat or too fetish-y is most welcome. Read the rest at Blu-ray.com