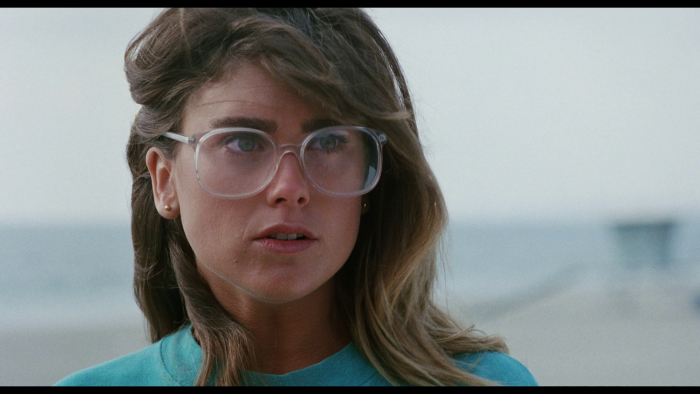 She was a major force in the modeling world of the late 1980s, wowing fans with her clear beauty, which gave her industry authority and newsstand omnipresence. But someone, somewhere wanted Kathy Ireland to be an actress, trying to transfer a person who made a living off her looks into a dramatic force for the big screen. 1988's "Alien from L.A." is her debut feature, with director Albert Pyun trying to do something with Ireland's lack of thespian training, keeping her front and center for this loose riff on "Journey to the Center of the Earth" and "The Wizard of Oz." "Alien from L.A." has all the usual low-budget Pyun hustle, with the helmer trying to turn a few sets and a truckload of costumes into fantasy world where everything looks the same, and it has Ireland, who understandably isn't trying that hard to come up with a performance, whining and squeaking her way through a movie that isn't terribly exciting, even when it tries to be. Read the rest at Blu-ray.com