Blu-ray Review - The Legend of Hei 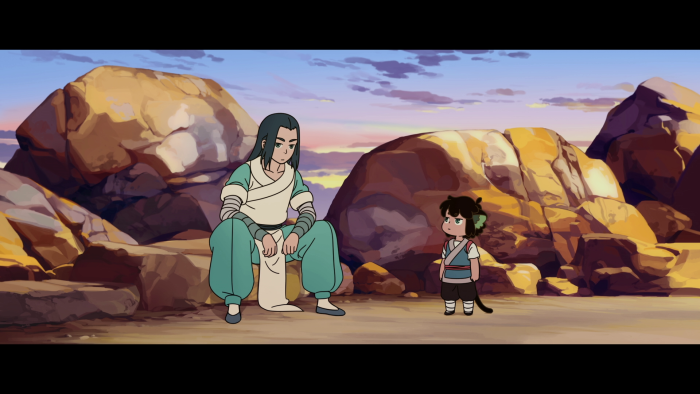 It's important to understand that "The Legend of Hei" is a prequel to a Chinese animated show, with the production working backwards to explore certain characters as they once were before the series began, giving fans a chance to experience an origin story with cinematic scale. If one isn't aware of any connection to an ongoing tale of spirits and humans, "The Legend of Hei" is probably going to lose the average viewer once major world- building begins in the feature's second half. Backstory is plentiful in the endeavor, but when subplots and exposition grow wearisome, the movie does offer a visually compelling understanding of different worlds and odd characters, while the action is surprisingly intense, keeping things agreeably violent and destructive to help outsiders stay invested in what appears to be China's attempt to manufacture a Ghibli-esque take on ways of colonization and the power of magic. Read the rest at Blu-ray.com