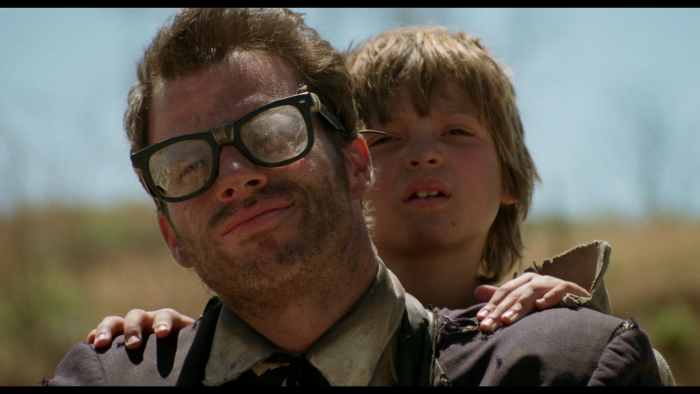 "Six-String Samurai" emerges from the minds of co-writers Lance Mungia (who also directs) and Jeffrey Falcon (who also stars), with the pair trying to find their way into Hollywood via the creation of a cult-ready action fantasy that follows a Buddy Holly lookalike and his effort to protect a child from enemies in post-apocalyptic Nevada. The 1998 picture tries to be ultra-cool and super strange to attract a knowing audience, and there's certainly a fanbase for the endeavor. "Six-String Samurai" is specialized entertainment, but it's not an especially engaging feature, with the production turning to repetition and slow-motion to avoid becoming the inspired short film it was destined to be. There's not a lot of story to snack on here, just plenty of style and rockabilly music, with a 90-minute run time presenting a noticeable challenge for Mungia, who's just not able to pack this movie with enough incident. Read the rest at Blu-ray.com