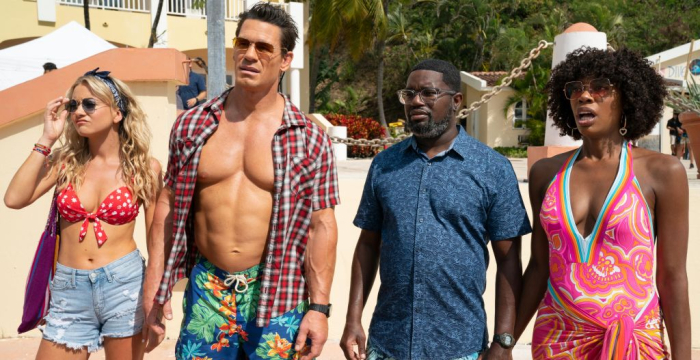 “Vacation Friends” follows marketplace trends, emerging as yet another comedy that’s trying to be as crude as possible to inspire laughs. The screenplay (credited to five people) doesn’t aim high, comfortable with formula and simple characterization, trying to remain as digestible as possible while still loaded with rough language and shock humor, keeping up with R-rated interests. And yet, while there’s nothing original about it, “Vacation Friends” manages to sneak in plenty of charm from its engaged cast, and co-writer/director Clay Tarver launches a few clever sight gags, trying to have as much fun as possible with dreary writing. There’s nothing here that’s revelatory, but this isn’t a mean-spirited endeavor, remaining cheery and occasionally strange enough to engage. Read the rest at Blu-ray.com