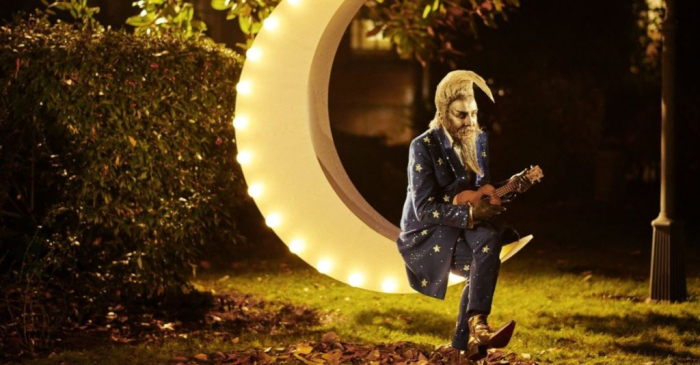 To many, Alan Moore is a legend in the comic book business. He’s been the driving force behind such famous works as “Watchmen,” “Batman: The Killing Joke,” and “The League of Extraordinary Gentlemen.” His contributions to the art form and his deconstruction of the superhero experience has inspired generations of artists, but he’s been very outspoken about the movies adapted from his own material. Critical of “Watchmen” and “V for Vendetta,” Moore is more than happy to share his opinion about way the film industry treats his material, but “The Show” provides a rare opportunity to watch him manufacture an original tale for the big screen. Moore isn’t straying far from what he knows about corrupt and troubled human beings, but he also doesn’t have the budget to do much of anything with “The Show,” which is basically a T.V. pilot for an English version of “Twin Peaks,” dealing with eccentrics, lunatics, and the puzzling ways of dreamscapes. Moore is no David Lynch, leaving the picture quite an endurance test for those who don’t worship the comics industry deity. Read the rest at Blu-ray.com