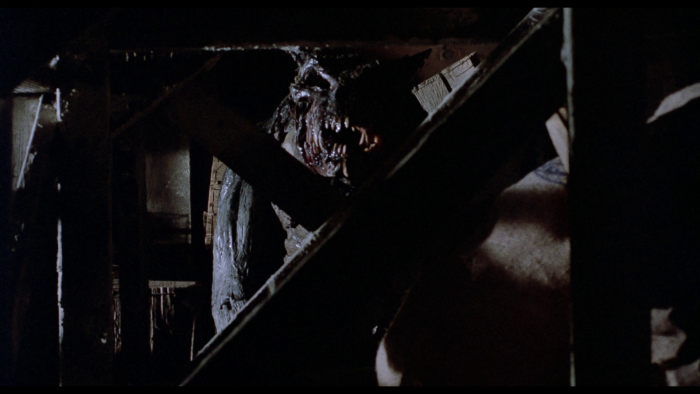 "The Cellar" had a rocky ride to a release. Screenwriter John Woodward was initially hired to direct the feature, adapting a short story from author David Henry Keller. The job proved to be too much for him to handle, with Woodward fired after a few days on the set, replaced by Kevin Tenney, who previously helmed "Witchboard" and "Night of the Demons." Tenney's job involved reworking the script and managing a speedy shoot for the low- budget picture, emerging with his version of a tale involving a family's fight for survival against an evil Native American-bred entity living in the muck under their rural Texas house. Tenney tried to deliver something sellable, but the producers didn't trust his vision, eventually restructuring the story and adding scenes to beef up the mystical aspects of the endeavor, eventually getting the film out into the world on VHS to inspire sleepover rental choices everywhere. Now, with this Blu-ray release, viewers are invited to see Tenney's original version of "The Cellar," which isn't a satisfying genre offering, suggesting the material simply wasn't meant to be, no matter the edit. Read the rest at Blu-ray.com