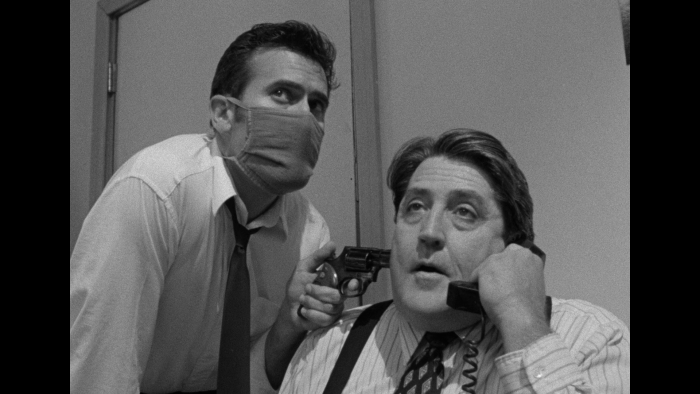 Co-writer/director Josh Becker aims to take his Hitchcock fandom to the next level in 1997's "Running Time," which attempts the same illusion of a long, single-take feature that was found in 1948's "Rope" (and various imitators). Instead of offering a dramatic examination of a crime, Becker and co-writer Peter Choi decide to put the audience into the middle of dangerous business, launching a real-time heist movie that follows star Bruce Campbell around the Los Angeles area, portraying a man with a plan facing an hour of his life where everything goes wrong. "Running Time" has an enticing gimmick, and it's superbly executed by Becker, who really sells the feeling of unbroken screen activity. It helps to have a supercharged premise filled with thinning patience and hostile characters, and when it's locked in suspense mode, the endeavor is riveting. Becker and Choi can't maintain such pace, even for a scant run time of 69 minutes, but they get the effort moving in a major way, earning viewer interest in the unfolding nightmare of mishaps. Read the rest at Blu-ray.com