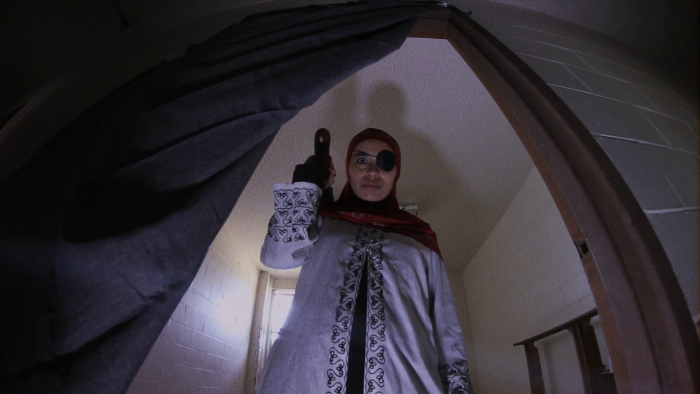 "Honor Killing" is a triple threat offering from Mercedes the Muse, who takes on directing, acting, and screenwriting duties, endeavoring to pay tribute to the underground cinema scene of the 1960s and '70s. She dreams up a revenge story to follow, and works with digital tinkering to create a "grindhouse" look to the film, which is meant to resemble a battered print. There's ambition to celebrate the power of feminist might in cult cinema, but Mercedes the Muse has no discernable artistic ability, content to make viewers suffer through the longest 67 minutes of their lives as she cooks up a dreary, incoherent, and amateurish picture about one woman's quest to kill all predatory men. Read the rest at Blu-ray.com