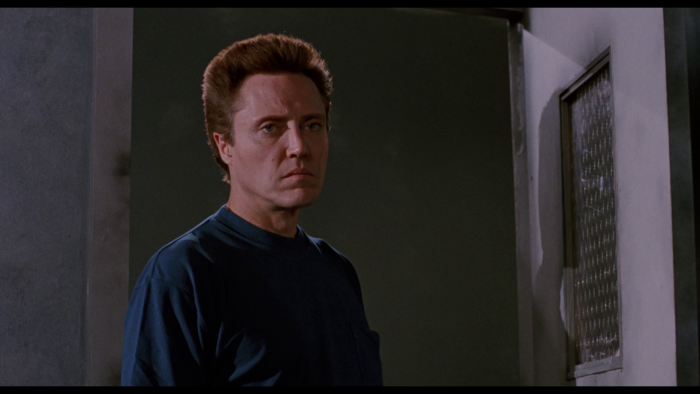 During his interview for the Blu-ray release of 1991's "All-American Murder," actor Charlie Schlatter reveals that he initially met with director Ken Russell about the project, excited that the mastermind behind the psychedelic highs of "Tommy" would be in charge of a minor whodunit with surges of graphic violence. Whatever occurred behind the scenes isn't clear, but Russell eventually left the project, quickly replaced days before shooting by Anson Williams, who made a name for himself as Potsie Weber on classic show "Happy Days," spending a full decade making comedy for network television. Williams transitioned to T.V. direction after "Happy Days" ended, banging out episodes of shows like "L.A. Law," "Hooperman," and "Just the Ten of Us." "All-American Murder" is Williams's feature debut, and if there's anybody in the business who's the exact opposite of Ken Russell, it's Anson Williams. After watching the picture, one gets a sense of what the gonzo "Altered States" and "Crimes of Passion" moviemaker could've done with the material. Williams doesn't embarrass himself, but it quickly becomes clear this type of film is beyond his skill set, unable to sustain initial interest in the details of the central crime. Read the rest at Blu-ray.com