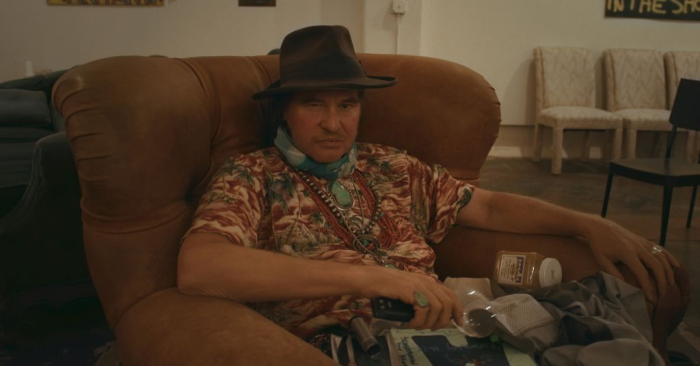 Val Kilmer has been an extremely popular actor, appearing in blockbusters, critically revered features, and a slew of indie pictures, amassing a large fanbase since he began his thespian journey in the early 1980s. Kilmer also has a bit of a reputation as a troublemaker, known to make life difficult for those working with him, with his antics helping to gradually eliminate job opportunities. Directors Ting Poo and Leo Scott look to alter perception of Kilmer’s enigmatic ways with “Val,” a documentary about the performer’s life and artful achievements. While a standard offering of biographical information, the endeavor has something amazing to work with: boxes of footage recorded by Kilmer over the years, who picked up a camera one day and never set it down. Documenting his experiences all over the world, Kilmer provides startingly intimate access to his days in “Val,” providing fans with a look at the inner workings of his existence, but also supplying evidence that behavioral extremity that fueled destructive gossip was born out of something primal within the professional as he stumbled his way through thick and thin. Read the rest at Blu-ray.com