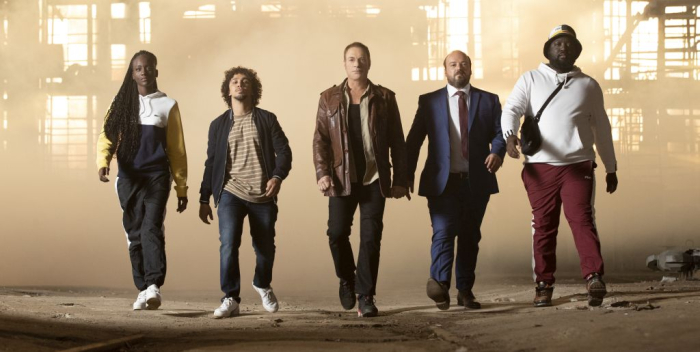 Jean-Claude Van Damme has made some very heavy films in recent years, using his naturally gruff screen presence to support dark tales of crime and revenge (“We Die Young,” “The Bouncer,” “Black Water”). While he’s skilled at playing dangerous men, it’s nice to see Van Damme break away from his usual gloom, with “The Last Mercenary” a pleasant reminder of his lighter side. The action hero leaves a good portion of the comedy to the rest of the cast, but he’s the big draw in the picture, portraying a former secret service agent trying to save the world while connecting with his lost son. Director David Charton comes to play with “The Last Mercenary,” keeping the French production in a constant state of wildness and wackiness, which offers a few big laughs as the production aims to please. And there’s Van Damme, who delivers one of his best performances in years in the movie, hitting hard when necessary, but also eager to get a little loose, which is highly amusing. Read the rest at Blu-ray.com