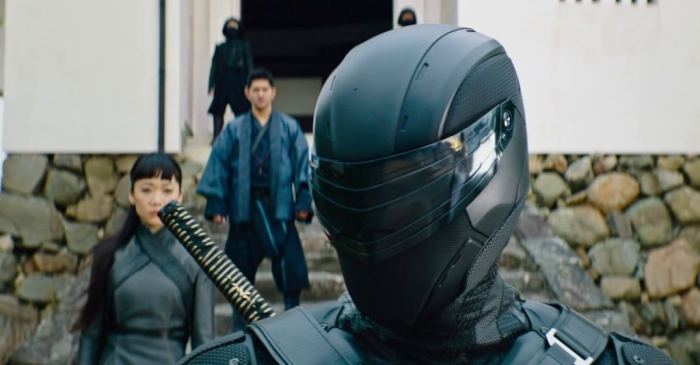 In 2009, “G.I. Joe: The Rise of Cobra” attempted to be the big-budget, live-action spectacle fans of the original cartoon series from the 1980s were waiting for. But something went horribly wrong in the execution, leaving the faithful befuddled with the overly CGI-ed mess that ended up on-screen. Producers attempted to apologize to loyal toy buyers with the more straightforward 2013 sequel, “G.I. Joe: Retaliation,” but that feature didn’t create the box office magic it was meant to, while audience response was tepid at best. Making a third attempt to get something going with the “G.I. Joe” brand name, the money men go the reboot route with “Snake Eyes: G.I. Joe Origins,” which shoos away the grand clash between the G.I. Joes and Cobra to explore a small story about a boy seeking revenge on his father’s murderer. It’s not hard to top previous adaptation attempts, but “Snake Eyes” goes flat instead of plastic, dealing with a bland leading man and a weird screenplay that isn’t sure if it wants to be a gritty study of global terrorism or a fantasy film, complete with a magic jewel and house-sized anacondas. Yo Joe? Read the rest at Blu-ray.com