Film Review - Hail to the Deadites 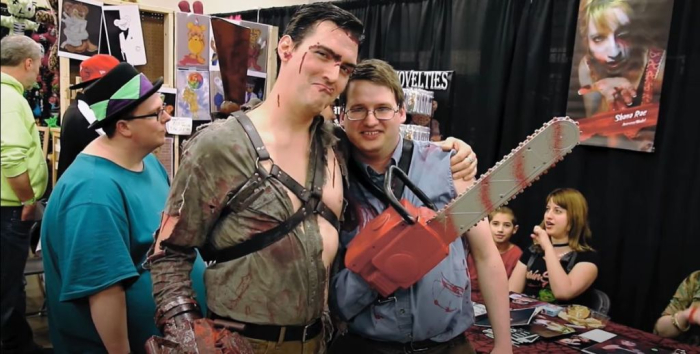 What director Steve Villeneuve is trying to do with “Hail to the Deadites” is create a tribute to the concept of fandom, which in this case applies to the continual support of the “Evil Dead” franchise. It started with a 1981 horror film from director Sam Raimi, who worked hard to pull together something nutso for fans of the genre, making his mark through a combination of genre fury and filmmaking creativity, putting one terrific B-movie out into the world. The minor success of “The Evil Dead” has only snowballed over the last 40 years, inspiring two sequels (1987’s “Evil Dead II” and 1993’s “Army of Darkness”), a television series (“Ash vs. Evil Dead”), a remake (in 2013), and countless fan films and assorted endeavors, while merchandising has been nonstop, finding companies everywhere looking to celebrate the world of screen icon, Ash Williams. It’s been quite a ride for the brand name, and while Villeneuve doesn’t have legal rights to analyze such franchise endurance, he does have access to those who love this stuff, with “Hail to the Deadites” his valentine to the faithful. Read the rest at Blu-ray.com