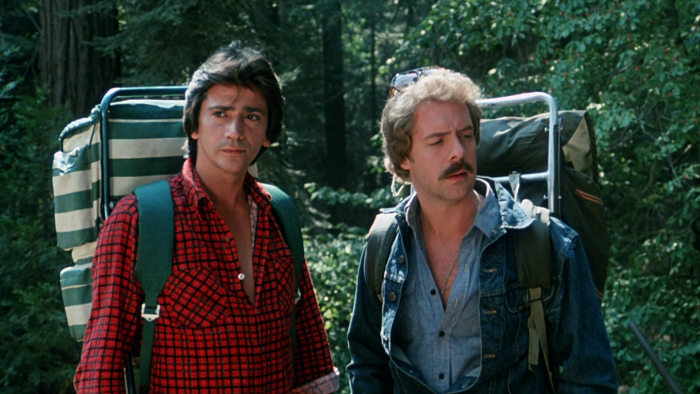 "The Forest" is a 1982 release looking to participate in the great horror movie gold rush of the early 1980s. Writer/director Don Jones collects a small amount of money and heads to the Sequoia National Park in California to create a genre picture that plays into slasher trends of the era, but also wants to try a few different ideas, including the addition of a ghost story to a tale of outdoor survival. Jones doesn't have the time or coin to provide hospital corners on the effort, which is prone to padding and pausing, but he has a strange vision for "The Forest" that's almost worth a sit, working to change a few elements of intimidation to help the material reach different areas of fear. That's not to suggest anything in the feature is suspenseful, but Jones takes a different route to scares at times, ending up with a lumpy oddity that merges the afterlife, cannibalism, and camping, making for a passable bottom shelf offering. Read the rest at Blu-ray.com