Blu-ray Review - Hitcher in the Dark 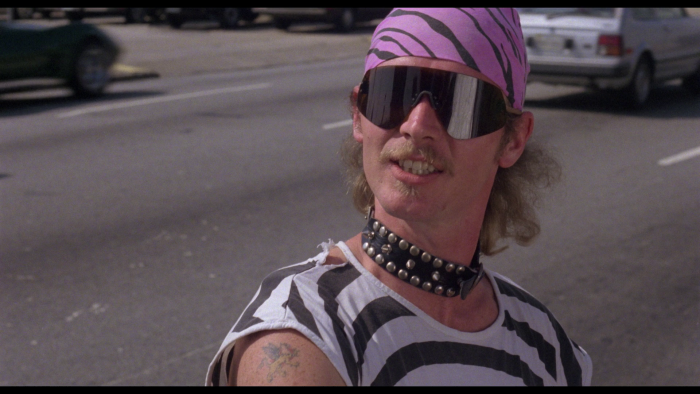 While credited as "Humphrey Humbert," 1989's "Hitcher in the Dark" is the work of Umberto Lenzi, the man who gave the world "Cannibal Ferox," "Ghosthouse," and "Spasmo." A helmer who always favored quantity over quality, Lenzi liked to move fast and collect whatever footage he could, and that professional drive is most apparent in "Hitcher in the Dark," which plays like a community theater workshop session, only with more lurid writing to power hysterical performances. The general idea here is to offer a serial killer story with deep psychological grooves, turning an encounter between predator and prey into an extended dance of insanity. Lenzi isn't a refined moviemaker, happy to make something goofy as long as it's finished, and that's what happens here, gifting viewers a wild ride of the unsavory and the unintentionally hilarious. Read the rest at Blu-ray.com