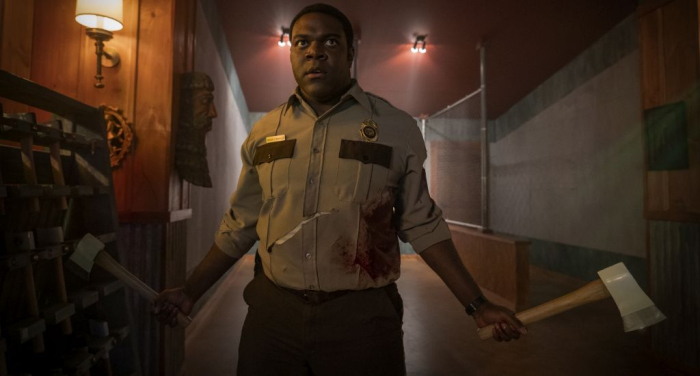 “Werewolves Within” is a loose adaptation of a VR game of the same name, released in 2016. It was a title without cinematic potential, with gameplay involving a group of characters sitting around a campfire, trying to zero in on the lycanthrope of the gathering while asking one another questions. There’s a hefty screenwriting challenge here for Mishna Wolff, who’s tasked with taking a social deduction experience and transforming it into the suspense picture with big laughs. Tonally, “Werewolves Within” holds together, merging violence and horseplay comfortably, creating an immersive genre event populated with strange personalities. It’s an entertaining film, but it’s best to know beforehand that the endeavor is not a horror extravaganza, with Wolff trying to retain the original game’s escalation of accusations, offering a talky take on a creature feature emergency. Read the rest at Blu-ray.com