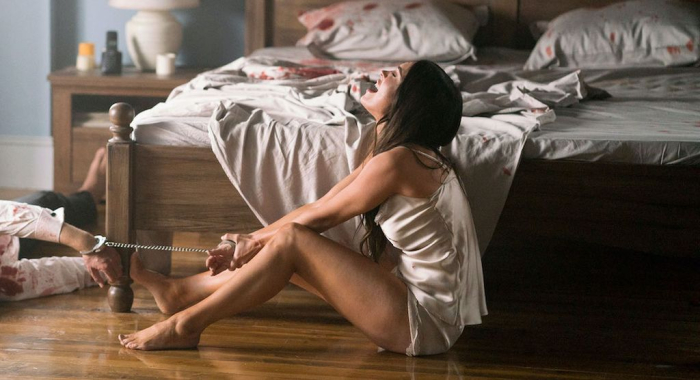 The trials of marriage are handed a unique survival challenge in “Till Death.” Screenwriter Jason Carvey endeavors to create a small-scale battle for survival with the picture, examining an unusual form of revenge facing a woman who’s been caught cheating by her husband, and he’s not in the mood for forgiveness. As thrillers go, it’s not a major effort from director S.K. Dale, who’s basically handed a single location to explore for 80 minutes, trying to find ways to keep viewers on the edge of their seats as bad things happen to bad people. Despite some shortcomings in the surprise department, “Till Death” is nasty enough to charm, with a few macabre developments that connect as intended, and Carvey’s central idea is refreshingly twisted, fueling some B-movie fun. Read the rest at Blu-ray.com