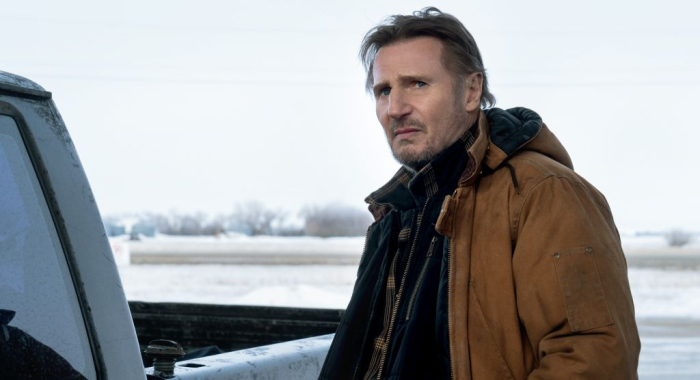 Writer/director Jonathan Hensleigh hasn’t made a movie in a decade, last seen on screen with the forgettable “Kill the Irishman.” “The Ice Road” is his big return to the industry, taking command of a Liam Neeson action film during the actor’s Charles Bronson period, with the star taking simple jobs that play up his brawniness. There’s nothing wrong with working, and it’s nice to have Neeson around, once again becoming the most appealing element of the production. Neeson squints and barks like a pro, but Hensleigh has a little more in mind for “The Ice Road,” trying to create a slam-bang thriller involving big rigs and a race to a miner rescue, hoping to keep the picture busy with multiple subplots and a collection of suspicious characters. The feature is incredibly dopey at times, but Hensleigh knows how put on a show, with the “Die Hard with a Vengeance” and “Armageddon” screenwriter perfectly aware of absurdity, hoping to generate enough of a white-knuckle ride to cover for the endeavor’s weaker ideas, including its depiction of villainy. Read the rest at Blu-ray.com