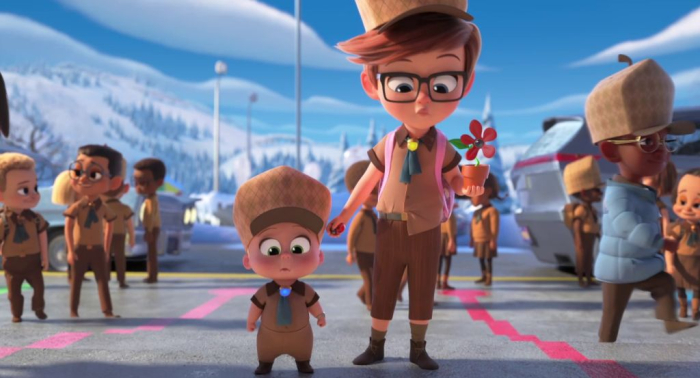 An adaptation of a short storybook, 2017’s “The Boss Baby” tried to find ways to create a world out of a simple idea concerning the challenges of parenthood. Screenwriter Michael McCullers strained to expand the story, or simply create one, taking the original picture on an uneven ride of slapstick and sibling love. The mediocre feature connected with audiences, turning into a major hit for DreamWorks Animation, which promptly created a television show for the characters (“The Boss Baby: Back in Business”), and now a sequel. “The Boss Baby: Family Business” makes a huge time jump to advance the ongoing tale, but McCullers and returning director Tom McGrath (the “Madagascar” trilogy) have removed most of the formulaic softness that made “The Boss Baby” a chore to sit through at times. They move into a more cartoon realm with “Family Business,” and it suits the production, which has real fun dreaming up oddball encounters and frantic chases for the characters, and it presents a wonderfully sillier sense of humor. Read the rest at Blu-ray.com