Home Archives Profile Subscribe
Film Review - Summer of Soul (Or, When the Revolution Could Not Be Televised)
Film Review - The Boss Baby: Family Business 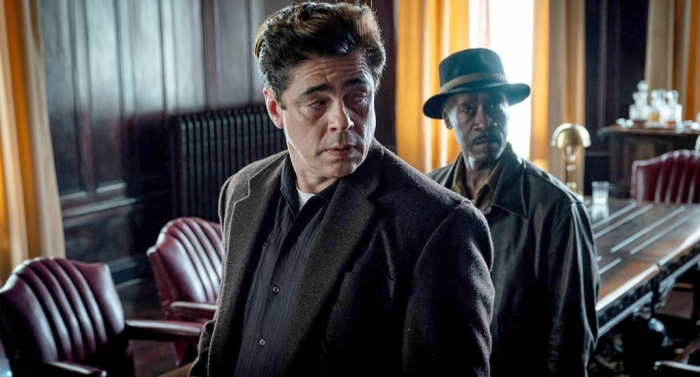 Last December, Steven Soderbergh scored a creative hit with “Let Them All Talk,” a drama about relationships and personal reflection. It was small in scale and wonderfully acted, bringing out the best in Soderbergh’s filmmaking capabilities, finding interesting ways to detail human relationships. Seven months later, the helmer is back on more familiar ground with “No Sudden Move,” which is a crime story with a pretzeled screenplay by Ed Solomon (“Bill & Ted Face the Music”), examining underworld interests in 1950’s Detroit. It’s not a new caper from Soderbergh, playing to his interests in off-kilter characters, mounting trouble, and criminal visions put to the test, pouring his special indie movie glaze over the feature. It’s all familiar and on the static side, but a love of the game is on view in “No Sudden Move,” with the production clearly making Soderbergh happy, offered another chance to depict bad ideas going horribly wrong in the weirdest of ways. Read the rest at Blu-ray.com