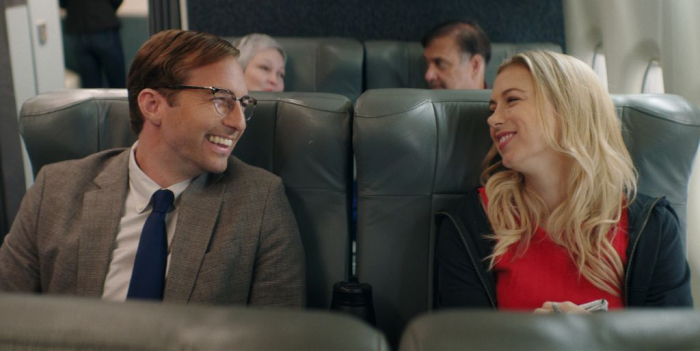 A veteran stand-up comedian, Iliza Shlesinger made a positive impression as an actress in last year’s “Spencer Confidential.” Forced to fight for screen time against Mark Wahlberg and director Peter Berg’s penchant for noisiness, Shlesinger managed to be funny and alert in an aggressive role. Aiming to generate a leading part for herself, Shlesinger takes a screenwriting credit on “Good on Paper,” creating a study of insecurity and treachery in the world of relationships, possibly drawing from her own experiences with a film that’s “based on a lie.” The approach seems to represent a general avoidance of romantic comedy formula as the lead character finds love with a man whose trustworthiness is elusive at best. The concept has potential, and the material gets most of the way there with comedic disasters, industry awareness, and snappy banter. Shlesinger doesn’t have a third act for the endeavor, but there’s enough lived-in discomfort to support a lively picture. Read the rest at Blu-ray.com