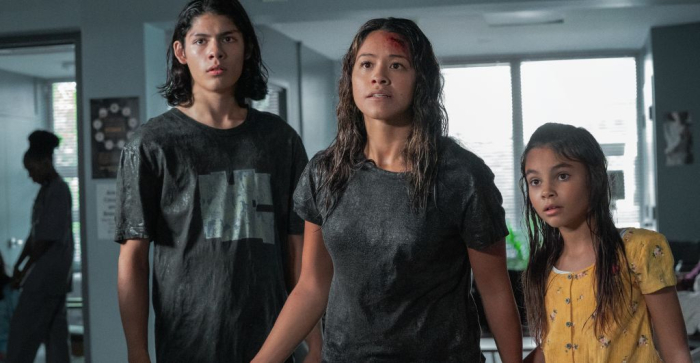 Netflix hit the jackpot with 2018’s “Bird Box,” collecting huge viewership numbers with the grim chiller, which also managed to become something of a phenomenon during the early weeks of its release. It only makes sense to return to such a tale of motherly concern during an apocalyptic event, with “Awake” using the slow-dip demise of sleeplessness as the primary source of terror. Elements shared between the films are noted, but “Awake” is a much more violent picture and, unexpectedly, has sharper spiritual interests, slipping some Christian concepts into a harsh movie. Writers Joseph and Mark Raso (who also directs) get a charge out of dangerous situations in the feature, creating a sort of suburban mom passion play that has a decent pace and compellingly bizarre touches to keep the endeavor alert. Read the rest at Blu-ray.com