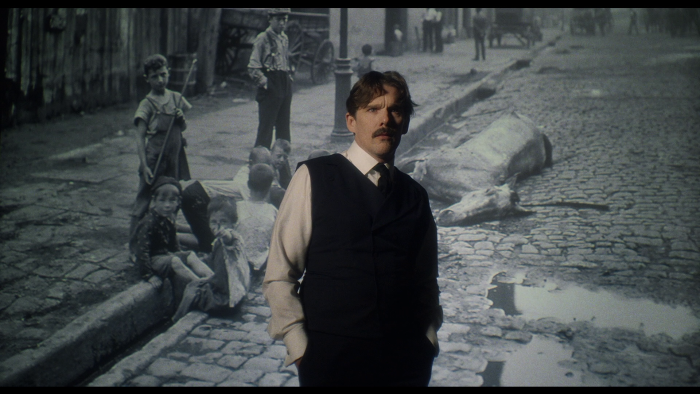 In 2019, "The Current War" finally made its way into theaters after a lengthy release delay. It explored the story of Thomas Edison and Nikola Tesla and their battle to control the future of electricity. It was a flashy feature that didn't generate much interest from the public, but now there's "Tesla," which also details power plays between two men devoted to the energy cause, but for entirely different reasons. While "The Current War" tried to get up and running with broad screen style, "Tesla" is more of a filmed play, with director Michael Almereyda inspecting the inner life of the titular character, using a theatrical presentation and anachronistic touches to provide creative fingerprints on a story that largely exists in legend. Almereyda remains true to his vision with the endeavor, which has its imaginative moments, but largely broods itself to a full stop on a few occasions. Read the rest at Blu-ray.com