Blu-ray Review - She's Having a Baby 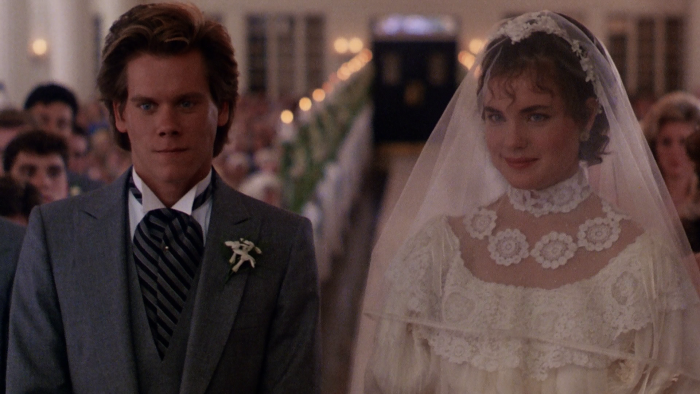 Looking to mature as a storyteller after a few years exploring the pitfalls of adolescence in pictures such as "Sixteen Candles," "The Breakfast Club," and "Weird Science," writer/director John Hughes elects to make a movie about himself with 1988's "She's Having a Baby" (which was shot before 1987's "Planes, Trains and Automobiles"). It's not a bio-pic, but Hughes cherry picks parts of his life for the screenplay, exploring his early years of love, cohabitation, employment demands, and, eventually, pregnancy. It's the helmer's most personal statement on the ways of relationships and fears, and his most scattered endeavor, failing to wrangle a narrative to help line-up all his vignettes on domestic life and workplace frustrations. That's not to dismiss the feature, which is filled with sharp observations on partnership and conception. Hughes's ideas are crystal clear at times, resulting in hilarious scenes that reflect a pained reality about maturity. There's just not a straight line to grasp in the work, giving it an episodic feel, with Hughes and his team clearly wrestling in the editing room to find some sort of shape to the effort. Read the rest at Blu-ray.com