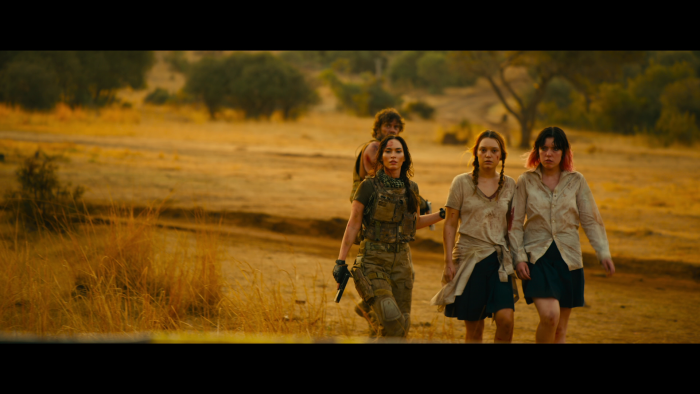 While the team at Lionsgate is surely trying to find anything to entice viewers into watching "Rogue," the cover of the Blu-ray offers a note that the picture is "from the director of 'Silent Hill: Revelation'," and provides images of star Megan Fox and a snarling male lion, which isn't even featured in the film. There's little on the outside that seems promising about the production, and it turns out there isn't much to embrace about the movie, which presents itself as some type of actioner with a conservation message buried beneath layers of tepid plotting, bad screenwriting, and weak performances. "Rogue" begins with a bang, announcing itself with big guns, bad guys, and pogo stick cinematography (credited to Brendan Barnes), but it soon settles into a "Jaws" situation of survival on an African lion farm, only writers Isabel Bassett and M.J. Bassett (who also directs) don't push hard enough on animal activity, making the effort more about exposition than exploitation, which dials down the potential fun factor of the material. Read the rest at Blu-ray.com