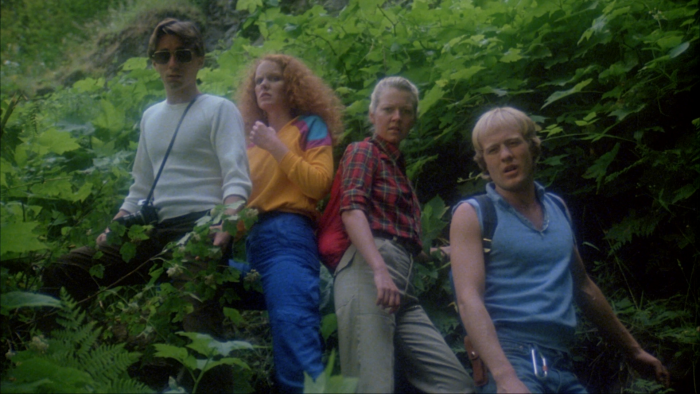 While trying to participate in the growing trend of slasher entertainment in the 1980s, director Jeff Lieberman ("Squirm," "Blue Sunshine") aims to do something slightly different with 1981's "Just Before Dawn." It's a low-budget chiller concerning innocents trying to outwit evil in the deep woods, and while it features a killer with a large machete hunting young things, Lieberman is more interested in creating a survival thriller, dealing with hiking and climbing challenges instead of giving the whole thing over to genre expectations. The effort is appreciated, but such ambition doesn't magically make "Just Before Dawn" exciting. Pacing and limited incident are real problems for the picture, which often equates stillness with suspense, triggering tremendous impatience as Lieberman gets around to suspenseful encounters, which are few and far between here. Read the rest at Blu-ray.com