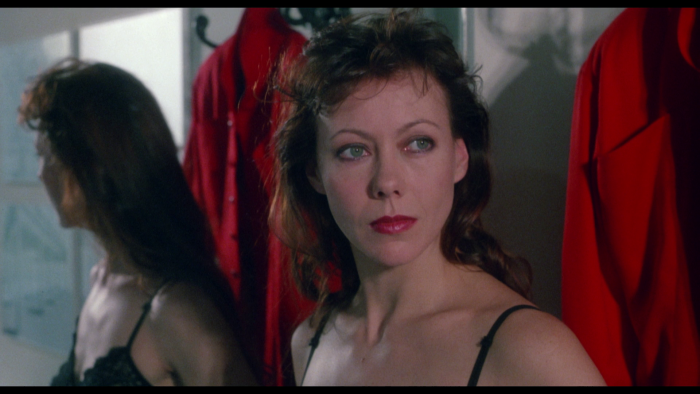 It seems the late 1980s was a big time for supernatural horror films set in tall buildings. In 1988, there was the ill-fated "Poltergeist III," and for 1989, producer Sandy Howard brings terror to a Barcelona office complex in "Dark Tower." The picture didn't enjoy an easy road to completion, with original director Ken Wiederhorn possibly replaced by Freddie Francis (Weiderhorn denies this, so who knows), and, apparently, Roger Daltrey and Lucy Guttridge were set in leading roles before Michael Moriarty and Jenny Agutter stepped in to complete the film. While watching "Dark Tower," one can sense behind-the-scenes issues emerging, as the effort's strong start with strange, violent happenings in an office building is gradually turned into semi-random events involving a ghostly presence and his apparent love of elevator antagonism. There doesn't seem to be anyone helping to guide the events of the feature, but B-movie appeal and committed performances end up saving the day in this endeavor. Read the rest at Blu-ray.com