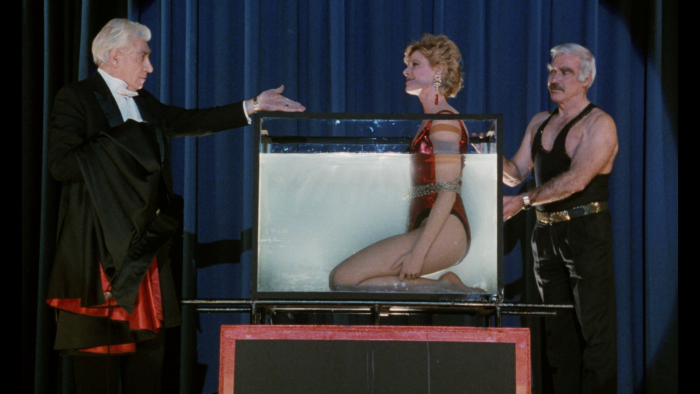 A director with a long history in genre entertainment, Juan Piquer Simon ("Pieces," "Slugs," "The Rift") attempts to do something with the static location of a house that's being taken over by a demonic force. Taking pieces of "Poltergeist" and trying to play tribute to the works of H.P. Lovecraft, Simon offers 1992's "Cthulhu Mansion," which pits cocaine-dealing punks against the forces of evil during one long night in Madrid. Simon isn't blessed with a major budget for the endeavor, but he tries his best to create something memorably macabre, providing genre fans with loathsome creeps and bizarre deaths to help fill the run time. More exotic elements of supernatural menace aren't quite as enchanting, but "Cthulhu Mansion" delivers compelling weirdness as Simon creates a war between generations and highlights building pressure from beyond. Read the rest at Blu-ray.com