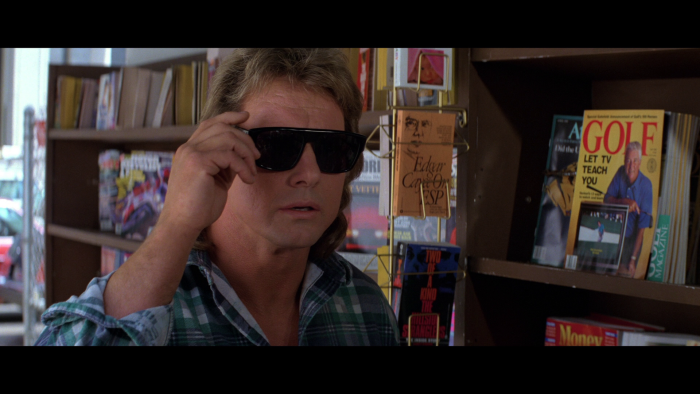 After experiencing a little more creative freedom with 1987's "Prince of Darkness," writer/director John Carpenter trades horror for political and social commentary in 1988's "They Live." Endeavoring to inspect the illness of America during the 1980s, specifically the reality of Reaganomics, Carpenter transforms a short story (five pages long!) by Ray Nelson into an examination of class divide, using science fiction as a way into a study of a population unknowingly brought to its knees. With "They Live," Carpenter brings down action and suspense to explore the state of the union, doing so with exciting playfulness and directness as he takes on the strange power plays of the E.T. 1%. Read the rest at Blu-ray.com