Film Review - The Get Together 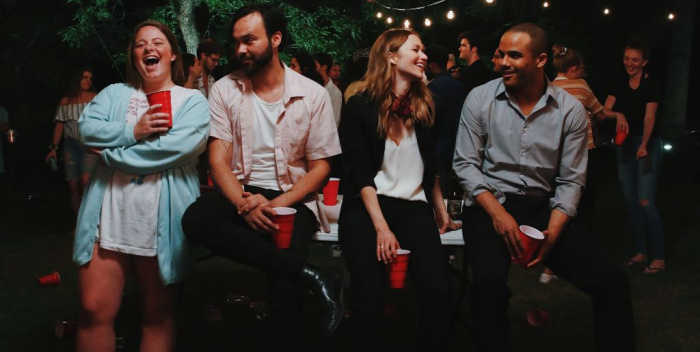 Calling on the great spirits of party cinema is director Will Bakke, who made “The Get Together” as a short film in 2015 and returns for a second at-bat with a 2021 version, intending to expand on his original ideas. Instead of troubled teens managing a boisterous evening and relationship distress, the screenplay (written by Bakke and Michael B. Allen) aims to get a little bit older, exploring the confusion of a post-grad existence where future plans are difficult to make and partnerships are threatened by the imposing entity known as adulthood, or “adulting.” “The Get Together” isn’t heavy, but it hopes to reach viewers with its depictions of heartache, with Bakke sending an ensemble to Austin, TX to work through various crisscrossing subplots that analyze what it takes to reach some form of maturity during the chaos of a house party where the alcohol flows, confessions get chunky, and passive-aggressiveness is common. Read the rest at Blu-ray.com