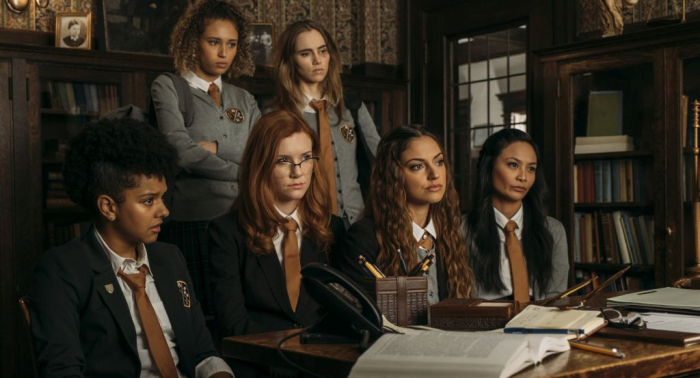 Screenwriter Simon Barrett achieved strong reviews for his work on “You’re Next” and “The Guest,” earning a reputation of sly work that subverted genre expectations, refreshing hoary plots and dull characters. Barrett makes his feature-length directorial debut with “Séance,” which returns him to scary business, this time examining the haunted happenings at an all-female boarding school, which is experiencing a newfound surge of violence after the suspicious death of a student. Once again, Barrett returns to a well-worn premise, and expectations are in place that he could do something inventive with a semi-slasher, possibly supernatural idea. The helmer is no mood to bring his A-game to the project, overseeing a bizarrely sleepy chiller that doesn’t have much oomph as a thriller or complexity as a mystery. “Séance” just lays there for most of its run time, with Barrett trusting a creepy mood might cover the writing’s lack of adventure. Read the rest at Blu-ray.com