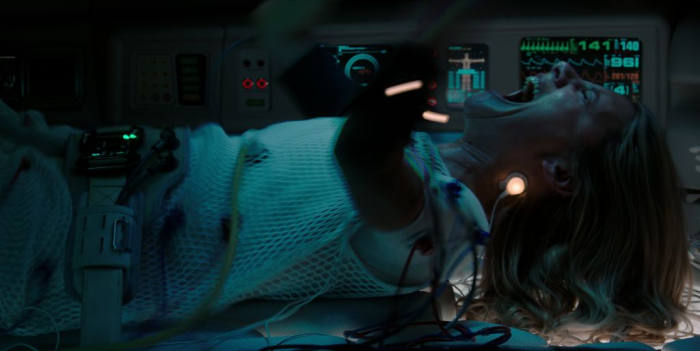 French filmmaker Alexandre Aja has managed to form an interesting career since he started making movies 21 years ago. He’s remained in the horror genre, working with formula and pure fury to create some magic in features such as “High Tension,” the “Piranha” remake, and 2019’s excellent gators-on-the-loose chiller, “Crawl.” Aja hasn’t always knocked it out of the park (“The 9th Life of Louis Drax,” “Mirrors”), but he’s done well with panicked characters and tight spaces, and it doesn’t get more claustrophobic than “Oxygen,” which takes place entirely inside a small cryogenic capsule, which becomes a prison for the lead character. It’s a directorial challenge in many ways, but also a storytelling test as well, with screenwriter Christie LeBlanc attempting to work through three acts of anxiety and discovery while remaining inside a single space for 100 minutes, making a buried alive-style picture with a high-tech spin. And Aja’s right there, working to keep the whole thing visually varied enough to hold attention. Read the rest at Blu-ray.com