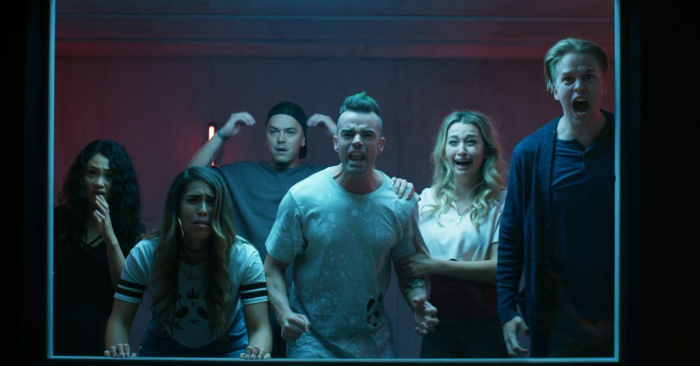 Writer/director Jason William Lee is concerned about the state of fame and pop culture, and he tries to work through some of his issues with “Funhouse.” It’s a horror take on the “Big Brother” television franchise, tracking the growing nightmare prepared for eight reality show celebrities who choose to compete in a locked, monitored building for an enormous cash prize. The idea of “Funhouse” isn’t a problem, with the premise creating opportunities to lampoon and lambast what passes for popularity these days. It’s the execution that’s difficult to endure, as the low-budget production struggles with casting limitations, and Lee battles the cheap look of the feature while trying to launch his stinging attacks on the perversity of modern-day notoriety. The movie isn’t an effective takedown of reality show stupidity, but Lee is certainly trying to make a difference with the endeavor. Read the rest at Blu-ray.com