Film Review - Army of the Dead 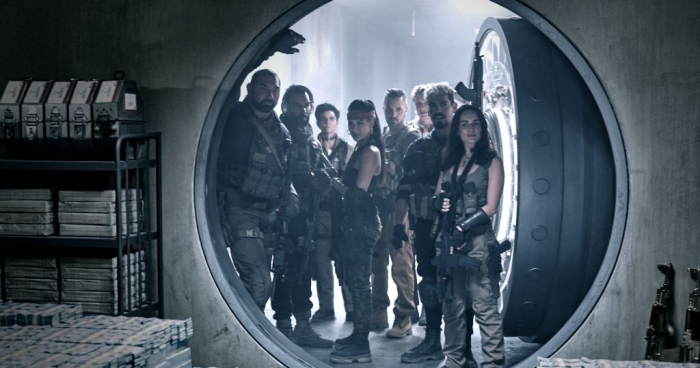 It’s a big year for director Zack Snyder. In March, the filmmaker brought his full version of the superhero extravaganza “Justice League” to the masses, finally receiving a chance to right a considerable wrong in the eyes of many. And now there’s “Army of the Dead,” which represents a break from costumed avengers, presenting something of a spiritual sequel to his 2004 “Dawn of the Dead” remake. The zombies are similar in ferocity and the end of the world is here, but Snyder is aiming big with the feature, delivering a heist movie with massive scale at times, and he co-scripts material that’s meant to represent the beginning of a new franchise. “Army of the Dead” has plans to be a major event, and the scope of the effort is impressive. Storytelling is another issue, with the production bending awkwardly to transform the picture into a heartfelt relationship tale, a few of them actually, and Snyder asks a lot of his audience when serving up droopy turns of plot and borderline obnoxious characters for nearly 150 minutes. Read the rest at Blu-ray.com