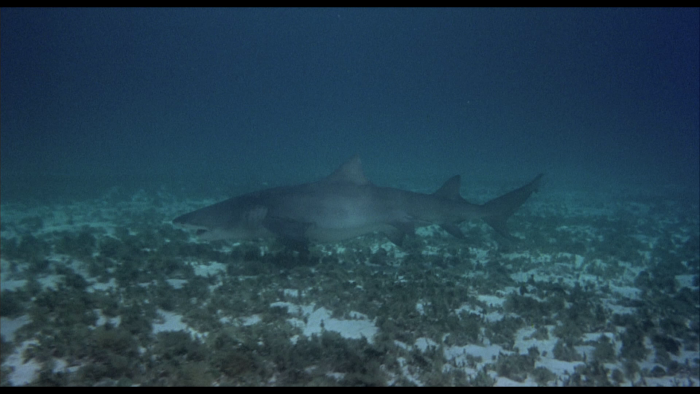 We all know that 1975's "Jaws" was a massive hit, changing the film industry in the process. It's also a masterful suspense effort, with extreme technical skill and intense performances giving it true cinematic power. However, in the wake of such a creative achievement and box office triumph came the rip-offs, with producers from all over the world jumping at the chance to participate in the white-hot trend of animal attack pictures. 1977's "Tintorera: Killer Shark" is a Mexican production endeavoring to be the next "Jaws," with writer/director Rene Cardona Jr. heading into the waters of Cancun to explore the dangers of the depths, with a particularly heavy breathing tiger shark on the loose, terrorizing tourists. "Tintorera: Tight Shark" has the general shape of B-movie cash-in, pitting humans against marine life, but Cardona Jr. largely skips any sort of terror, preferring to use time set aside for a shark attack feature to deal with the emotional aches and pains of a swinging bachelor and his quest to find warm, willing bodies in Mexico. Read the rest at Blu-ray.com