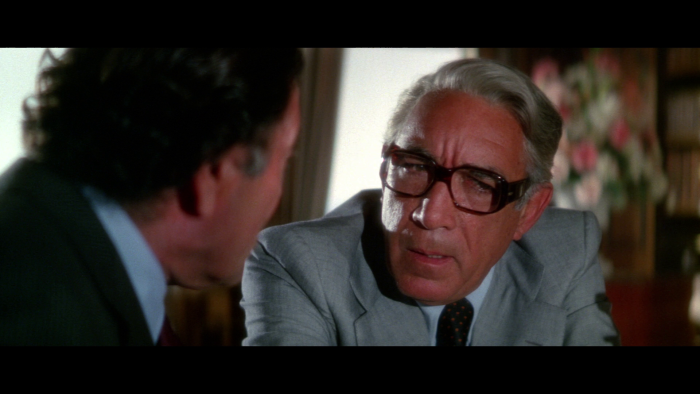 More entertaining than 1978's "The Greek Tycoon" is the making of the film. Movie trivia details efforts to coax Jacqueline Kennedy into starring in a picture based on her relationship with Aristotle Onassis, which she understandably refused. Unwilling to give up on the idea, the production elected to make slight changes to the screenplay (credited to Mort Fine) to avoid lawsuits, and key members of the crew set out to publicly reject any connection to real-world people and events. For example, Jackie Kennedy is now Lizzie Cassidy and Ari Onassis is now Theo Tomasis. See? Problem solved. Clearly embarking on completely different tale of a rich Greek shipping magnate and his lustful drive to woo the widow of an assassinated president, "The Greek Tycoon" doesn't achieve any of its sneaky intentions, and it's not an impressive drama either, putting steely journeyman director J. Lee Thompson in charge of a delicate story of romantic and social pursuit, and the helmer elects to sprint through a tale that demands a refined touch and greater attention to the passage of time. Read the rest at Blu-ray.com