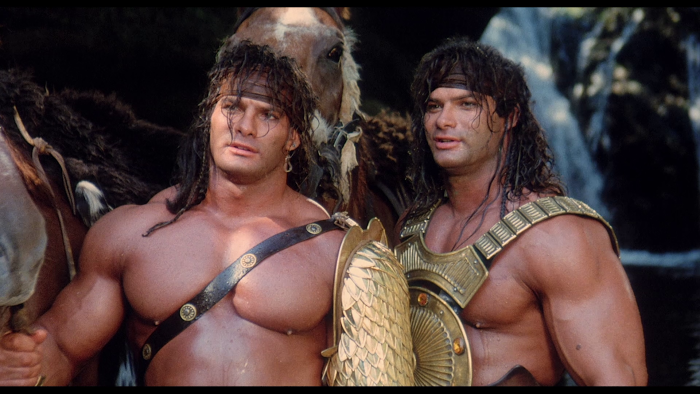 Amid the sword and sorcery craze of the 1980s, someone, somewhere had the bright idea to skip the casting of B-movie actors with gym familiarity, going straight to the Schwarzenegger-ian source with Peter and David Paul. Labeled "the bad boys of bodybuilding," the Paul Brothers are gifted leading roles in "The Barbarians," which attempts to deliver a "Conan the Barbarian"-style fantasy adventure with muscle-bound heroes, only on a Cannon Films budget and the director of "Cannibal Holocaust" at the helm. Production polish isn't readily available, but the feature offers the sheer oddity of the Paul Brothers, who aren't trained actors but commit to the wacky world of "The Barbarians," suiting up in loincloth and wielding weapons, ready to participate in a picture that combines low-budget magic and stunt mayhem to give fans of the genre a decent distraction. Read the rest at Blu-ray.com