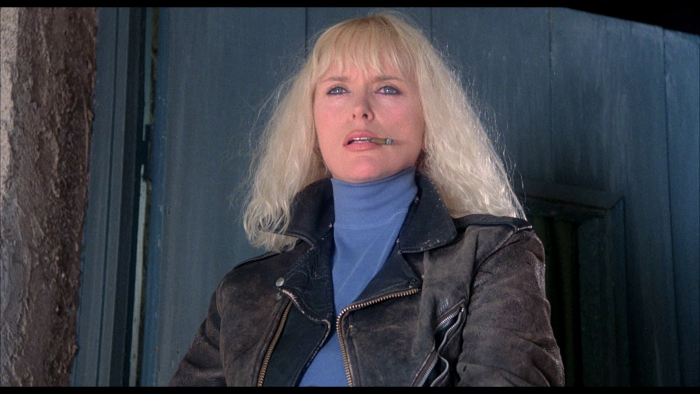 In the late 1980s, actress Sybil Danning was looking to change her career path. Typically employed in bombshell roles ("They're Playing with Fire," "Malibu Express"), Danning squeezed out of typecasting by taking more control over her employment options, portraying icier characters and ditching tight outfits. For 1989's "L.A. Bounty," Danning goes the extra mile, claiming a producing and a story credit for the picture, which introduces Ruger, a no-nonsense killer of men who prowls the Los Angeles area hunting for targets, cutting through the community in a ragged leather jacket and mom jeans. Danning presents herself as a royal punisher in "L.A. Bounty," and she fits the "Terminator"-esque part, handling the endeavor's level of violence and steely looks at cowardly targets. She's fun in an entertaining VHS-era actioner, with director Worth Keeter ("Mighty Morphin Power Rangers," "Silk Stalkings") keeping matters on the move with a basic tale of revenge and L.A.-based B-movie tourism. Read the rest at Blu-ray.com