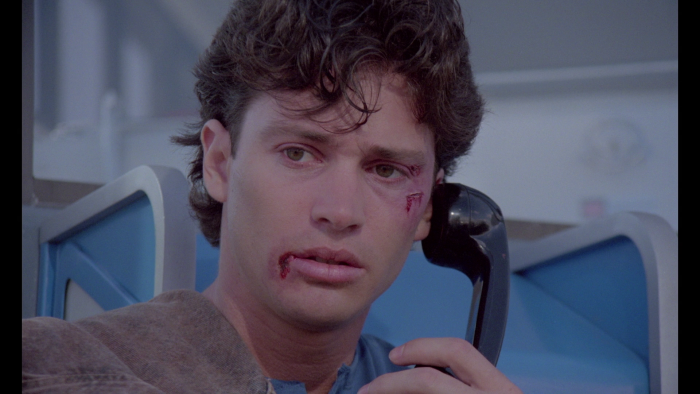 There was a time in the mid-1980s when film producers actively courted Olympic gymnasts to become Hollywood actors. It's not unheard of to add sporting stars to any ensemble, but there was something in the water around this particular time, with Kurt Thomas transformed into an action hero for "Gymkata," and Mitch Gaylord went the dreamboat route for "American Anthem." It's not easy to coax a performance out of athletes who don't have experience being in front of a camera, and for Gaylord, creating a steady career proved to be impossible. However, in the midst of his short-lived starring days, the gold medalist claimed a leading role in 1989's "American Rickshaw," putting his good looks and ease of movement into the hands of Italian producers looking for ways to Americanize their genre product. The result is an ideal offering for any bad movie night event -- "American Rickshaw" never slips out of control, but it remains determined to be absolutely insane. Read the rest at Blu-ray.com