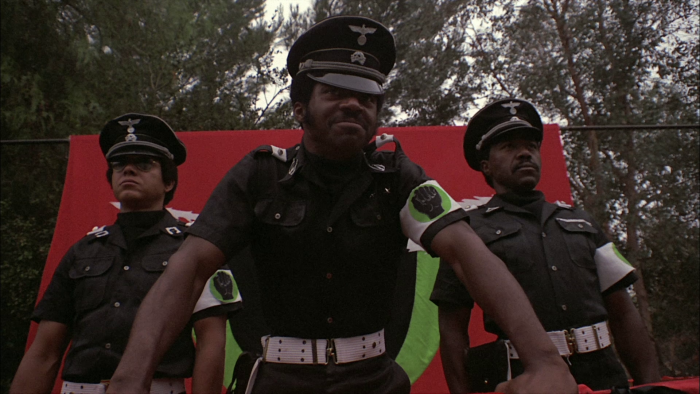 In the wilds of the blaxploitation trend of the 1970s, 1975's "The Black Gestapo" elected to remove the style and the grittiness of these endeavors, going the no-budget route while detailing the rise of fascist power within the black community. The screenplay by Wes Bishop and Lee Frost (who also directs) certainly takes a big swing, but it barely connects with ideas on power plays and criminal activity. Also not helping is overall execution, which is often amateurish, with "The Black Gestapo" more of a Coleman Francis endeavor than a barbed understanding of the black community during a turbulent time. There's sex and violence, but Frost has no coin to do anything of note with the material, which remains in neutral as the cast and crew scramble to figure out what they're doing with a vague tale of insurrection somewhere in suburban Los Angeles. Read the rest at Blu-ray.com