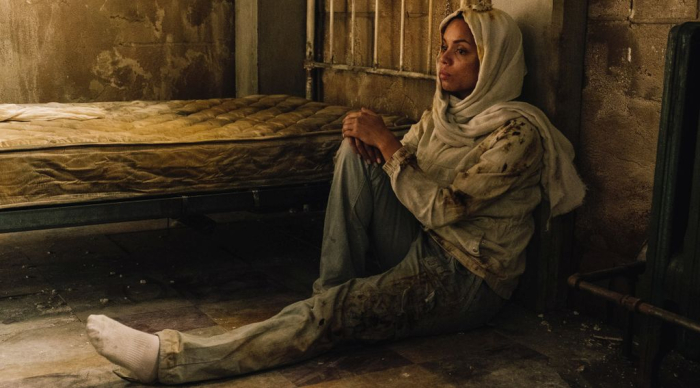 “Wildcat” is a great example of misleading movie marketing. The production knows it doesn’t have an exciting picture, but there’s no way to sell a story about an American prisoner suffering inside an Iraqi safe house for 90 minutes. That static nature of the material doesn’t lend itself to outside interest, resulting in the creation of a poster that features a tank, marching soldiers, and a fresh image of star Georgina Campbell (none of these elements are present in the effort), and the trailer attempts to portray the endeavor as some type of tense thriller, with plenty of charged confrontations and physical activity. “Wildcat” barely moves during its run time, as writer/director Jonathan W. Stokes is focused on creating a study of endurance in the face of Middle Eastern evil, keeping the script to silences and monologues. It’s a supremely dull offering, but for those electing to watch the film, keep in mind the final cut isn’t anything like the movie the studio is trying to promote.

Chained to a bed in a small room, Khadija (Georgina Campbell) is locked inside an Iraqi safe house, recently surviving an attack on a convoy rolling through the area. She claims to be a journalist, acting as a war correspondent during troubles times, on her way to her next assignment, but her captor, Abu (Mido Hamada), doesn’t believe her. Enduring torture and endless questioning, Khadija looks to keep herself calm while facing death, unwilling to break for Abu, who keeps hammering on the prisoner, hunting for information about a nearby embassy he’s looking to attack. Khadija maintain her innocence, and she’s soon joined by Luke (Luke Benward), a wounded soldier who’s the last remaining military man in the convoy. Learning to trust each other during captivity, Khadija and Luke shares pieces of their lives and offerings of information, working to remain alive long enough to welcome their rescue. 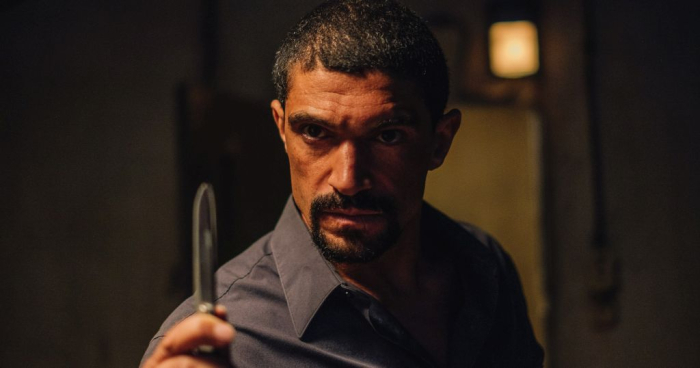 As previously mentioned, “Wildcat” primarily takes place inside a single room. It’s a space that’s been used for countless horrors, and it’s now inhabited by Khadija, who’s chained to her bed, without much room to move around. The bulk of the movie explores her interactions with others, initially introduced to Hamza (Maz Siam), who’s the primary torturer for Abu, tasked with bringing a case of tools into the cell, finding pilers strong enough to pull Khadija’s fingernails out one at a time. It’s a vicious reminder of power from Abu, who eventually makes his introduction, eager to crawl inside his prisoner’s head and figure out what’s actually going on with her presence in Iraq. The first act of “Wildcat” establishes this schedule of suffering, capturing the agony of physical harm and Abu’s use of pain to achieve the answers he’s looking for. However, Khadija is sticking to her story, swearing she’s a member of the press, demanding to be released.

Luke makes periodic appearances in “Wildcat,” bleeding out on the floor next to Khadija after taking a bullet to the stomach during the attack. He’s a dedicated soldier who understands the danger he’s in, prepared to endure the torture waiting for him with some level of fear. Stokes aims to create a relationship between the pair, observing them as they come closer as prisoners, sharing memories of their lives through long stretches of dialogue, learning to trust each other during a dark time. Campbell and Benward are certainly committed to the parts, trying their best to bring deep feeling to mysterious characters, but Stokes isn’t cooking up riveting exchanges, as most of the dialogue is repetitious or just flat, making their bond uninteresting at best. Abu gets his own slice of backstory to fuel motivations, but there’s nothing powerful in a role that been seen in dozens of other Middle East conflict movies. 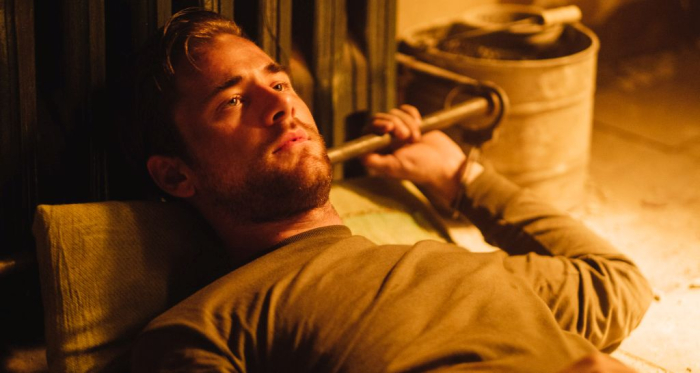 “Wildcat” doesn’t really accomplish anything for 80 minutes, and even then, the titular event is mild stuff, with Stokes searching for some level of realism while inadvertently promising a more explosive finale throughout the film. He’s creating a game of mental chess between Khadija and her captors, but he doesn’t generate suspense along the way, weakening any potential payoff as the feature idles for most of its run time, often resembling a series of audition pieces. “Wildcat” doesn’t explode. It barely moves, and it doesn’t have anything profound to say about the war experience, remaining in a highly theatrical area of actor engagement that holds almost no tension.