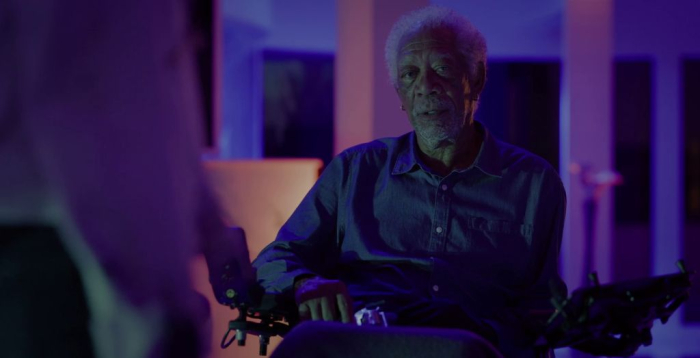 I’m not sure who’s funding this next generation of VOD films, but they’ve developed a soft spot for George Gallo. Forever billed as the screenwriter of “Midnight Run” and “Bad Boys,” Gallo has recently revived his dormant directorial career, trying to make a noir-ish mystery with 2019’s “The Poison Rose” and make some funny with 2020’s “The Comeback Trail” (which is currently awaiting a U.S. release). For 2021, Gallo teams with writer Samuel Bartlett for “Vanquish,” which is meant to be a lean, mean actioner following an enforcer as she endures dangerous situations to help retrieve her kidnapped child. What’s really going on in “Vanquish” is absolutely nothing. Gallo doesn’t have the first clue what to do with material he co-wrote, pumping in acidic stylistics and clumsy stunts to give the effort some edge, but it doesn’t take. The feature is a complete bore, marching from one dim-witted scene to the next, almost coming across as an attempt from Gallo to win a wager for the world’s most inert movie. Read the rest at Blu-ray.com