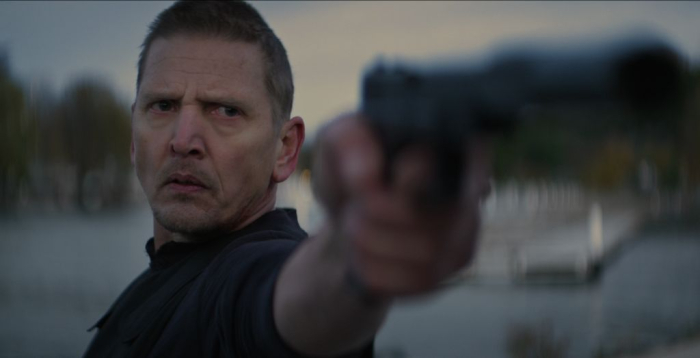 Older action heroes have been created with Liam Neeson and Keanu Reeves, and now it’s Barry Pepper’s turn to throw bits of blue steel around the frame while taking out numerous bad guys. In “Trigger Point,” Pepper portrays a disgraced CIA agent out to clear his name, racing around upstate New York, taking time to engage in shootouts and charged confrontations. Screenwriter Michael Vickerman is tasked with generating a world for “Trigger Point,” creating a fresh franchise for Pepper that’s intended to carry on in multiple sequels. Trouble is, the first installment isn’t all that inspired, with director Brad Turner trying to do something with tight COVID-19 filming restrictions (the movie was shot six months ago), ordered to manufacture some mayhem with writing that doesn’t have interest in such a mood, while Pepper’s hard focus eliminates any personality, making the endeavor glum, with only a few lively elements to keep it passably engaging. Read the rest at Blu-ray.com