Film Review - Street Gang: How We Got to Sesame Street 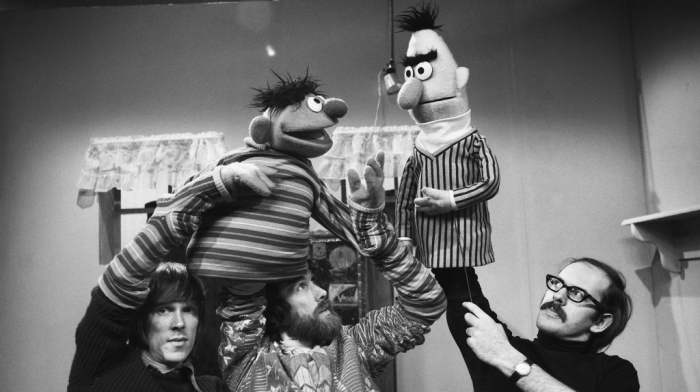 How does a filmmaker get their arms around the world of “Sesame Street” and everything it’s inspired? Arguably the finest, most creative television show ever produced, “Sesame Street” has lasted for over five decades, reaching out to generations of viewers raised on its blissful mixture of education and entertainment, stacked with human and monster characters who’ve helped to create amazing moments of learning and laughing, giving the audience a chance to understand the world around them in a way other programming carefully ignores. There’s a lot to unpack when it comes to this show, and director Marilyn Agrelo (“Mad Hot Ballroom”) has the unenviable task of assembling an origin story. Adapting Michael Davis’s book, “Street Gang: How We Got to Sesame Street,” Agrelo doesn’t bite off more than she can chew with the documentary, providing a look at the formative years of “Sesame Street,” focusing on producing and performing forces that helped to establish the mission of the series, eventually launching a show that achieved the impossible: it changed the world.

“Street Gang” tracks the development of “Sesame Street,” following the experiences of producer Jon Stone and co-creator Joan Ganz Cooney, who were the two primary people responsible for getting the series into working shape. Stone was a television veteran growing disillusioned with the business, looking for a different challenge with a new audience. Cooney had the concept of T.V. as a tool for education, disturbed by the pervasiveness of corporate interests targeting children, with kids sold beer jingles before they knew their ABCs. It was the 1960s, with youngsters consuming large amounts of programming, inspiring Cooney to start piecing together “Sesame Street,” assembling a show that originally wanted to reach inner-city kids who didn’t have access to pre-school opportunities. Stone’s job was to bring it to life, selecting a New York City setting and hiring a cast of enthusiastic performers tasked with creating a lived-in world that welcomed young eyes every day, exposing them to the power and fun of learning. The documentary tracks Cooney’s mission to bring pre-school education to a wide audience, looking to break through socioeconomic divides and make a difference in these young lives. However, something like “Sesame Street” had never been attempted before, and “Street Gang” studies the formation of the original creative team, interviewing a local cameraman who had no idea what he was hired to shoot, and, of course, there’s the wonder of puppeteer Jim Henson, who was brought onboard after a career in edgy advertising, initially unsure how his mature sense of humor could translate to a family show. Agrelo captures a feeling of uncertainty as “Sesame Street” was formed, with the team paying close attention to the interest levels of children, who immediately fell for the monster characters. The human side of the street was a bit more complicated. Interviews with Sonia Manzano (Maria), Roscoe Orman (Gordon), Bob McGrath (Bob), and Emilio Delgado (Luis) help to understand such a position, and ample screen time is devoted to the original Gordon, Matt Robinson, who championed the integration aspect of “Sesame Street” (inspiring a Mississippi station to ban the show), even creating a black Muppet in Roosevelt, whose chilly reception led to his exit from the series.

The excitement surrounding the arrival of “Sesame Street” is perhaps the most revelatory aspect of the film, with Agrelo detailing the success of the program, which found its audience right away, leading to a level of popularity that shocked its producers. While there’s a whole team of creative participants to explore, “Street Gang” only makes time to celebrate a handful, singling out contributions from songwriter Joe Raposo, who cranked out joyful, playful music for “Sesame Street,” including the iconic tune, “Bein’ Green.” Caroll Spinney (who passed away in 2019) was tasked with puppeteering Big Bird and Oscar the Grouch, offering two distinct personalities with special emotional roles on the show. And Frank Oz is examined as a perfect comedic fit for Henson, and while the pair lead their own lives, as a team they were magic, bringing so many characters to life, including best pals Ernie and Bert. 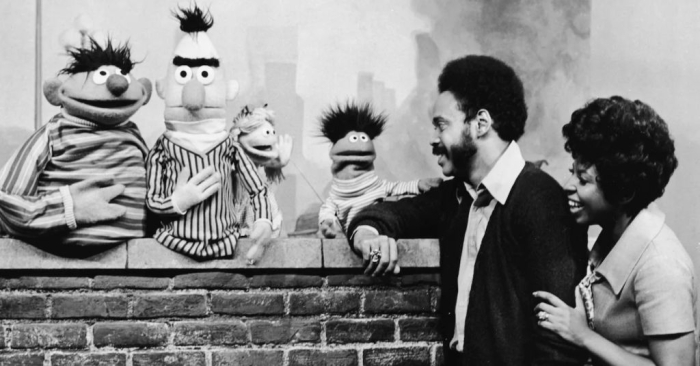 Certainly not everything was sunny on “Sesame Street,” and “Street Gang” examines the punishing hours required to create the initial decade of the show, leading to exhaustion and a separation from family life for some. Stone’s somewhat temperamental ways are carefully mentioned as well. Death is also a topic explored, with the loss of actor Will Lee, who portrayed Mr. Hooper, emerging as a teachable moment for the series, inspiring a 1983 episode where Big Bird learns about the harsh realities of life. Henson’s sudden 1990 passing is also detailed, reinforcing his important, brilliant work on “Sesame Street,” which carried on for far longer than anyone was expecting, especially Cooney.

There’s so much missing from “Street Gang,” which really only covers the first ten years of the show. However, it’s an understandable sacrifice for Agrelo, who doesn’t touch the Elmo generation, focusing on the foundation of “Sesame Street,” reinforcing the astonishing achievement of creative goals and the launching of an iconic series that, over 4,500 episodes later, still remains a fixture for families looking for something more meaningful and sincere from children’s programming. “Street Gang: How We Got to Sesame Street” carries tremendous power as an emotional reminder of such a triumphant run, also working beautifully as a reunion with old faces and as an introduction to key behind-the-scenes figures helping to bring inclusion to the masses.