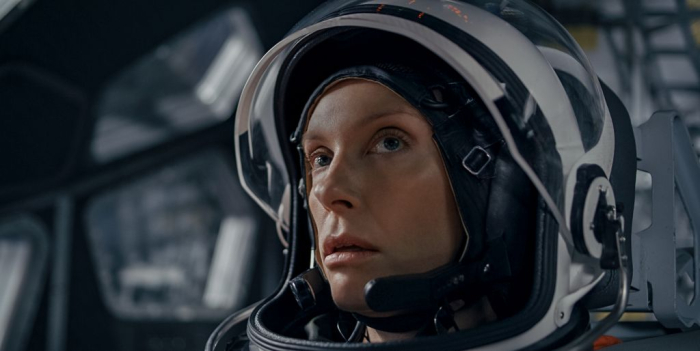 Movies about space travel or exploration usually dip into thriller cinema to help connect the dots for viewers. It’s a way to maintain audience participation, giving them some nail-biting sequences to hold attention, with most filmmakers using some level of science to help buttress a vision for blockbuster entertainment. Think “Gravity” or the recent “The Midnight Sky.” “Stowaway” has a cast of familiar faces and a healthy visual effects budget, and it initially appears to be more of an intellectual and emotional tale of survival in deep space, asking hard questions about sacrifice when disaster strikes, examining the value of human life in an unwinnable situation. “Stowaway” initially seems interested in a dramatic offering of debate and introspection, and it does its best work in quieter moments. Co-writer/director Joe Penna doesn’t remain in the stillness for the length of the picture, eventually succumbing to marketplace demands, but he delivers two acts of fascinating distress in need of a better ending.

After a lengthy training and planning period, a crew of three astronauts are ready to leave Earth, making plans to dock with a spacecraft capable of taking them to Mars to join colony research. Marina (Toni Collette) is a commander, making her third trip to the red planet. Zoe (Anna Kendrick) is a medical researcher, and David (Daniel Dae Kim) is a biologist, in charge of a special algae experiment he’s working on for their final destination. Docking with the ship, the trio sets out to make a home for themselves for the next two years, getting used to their surroundings. The new routine is quickly ended with the discovery of Michael (Shamier Anderson), an unconscious ground crew tech wedged inside the life support system, accidentally joining the mission to Mars. While efforts are made to welcome the stranger, it soon becomes clear the ship doesn’t offer enough oxygen for four passengers. 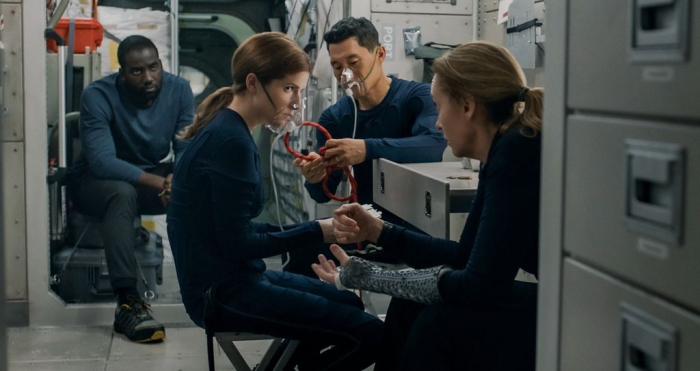 Penna previously directed “Arctic,” a story of survival in the middle of nowhere, and he returns to the same idea with “Stowaway,” which leaves Earth to examine a troubling situation in deep space. Instead of snow and cold, the new film takes viewers into claustrophobic areas of the ship, offering stillness to best study the growing unease of the crisis. Penna delivers a terrific introduction for the feature, putting the audience into the cockpit as the three astronauts experience flight out of Earth’s orbit, feeling the power of the rocket, which violently rattles, and the strangeness of artificial gravity, which causes David to vomit, taking longer to get used to the alien sensation. The sequence feels real, with Penna maintaining a procedural tone, studying Marina’s authority as she brings the rocket to the ship, locking pieces into place, watching as the crew tours various rooms, with Zoe drawn to a window overlooking Earth, caught in disbelief that she’s experiencing an impossible opportunity.

“Stowaway” spends its first act introducing the personalities, establishing a friendly collegiate rivalry between Zoe and Daniel, also observing the professionals at work, with Marina making the rounds, checking the equipment. When she discovers drips of blood, something isn’t right, quickly pulling Michael out of the life support system, causing damage to the machine in the process. Michael is wounded and initially unconscious, leaving the three to assess the situation with communication help from their space agency. When Michael comes to, “Stowaway” transitions into a more suspenseful study of cohabitation, with the three trained officials forced to make the stranger useful, learning about his concern for the sister he left behind on Earth. Michael seems competent and kind, with Zoe observing scars on his body while tending to his cuts, also teaching him how to participate in astronaut duties. A certain balance is achieved, but a crisis develops with the loss of oxygen reserves, putting pressure on Marina to do what needs to be done to maintain the mission. 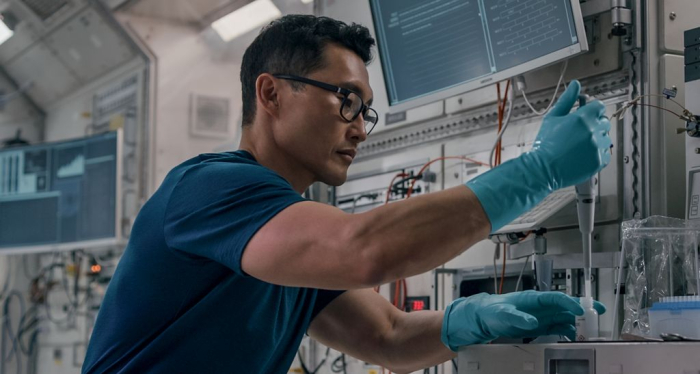 “Stowaway” starts to find a path toward a more direct situation of survival. However, on the way there it provides a chilling reality facing the astronauts, with the ship barely able to support three people, making a fourth member of the team impossible, leaving the crew with only one option to deal with the problem. It’s a thought-provoking turn of events, and Penna comes close to using such anxiety and dread to inspire a darker, daring conclusion. “Stowaway” makes an abrupt turn to a showy final act that’s more about near-misses and thrills, fearful to confront viewers with a bleaker resolution. The film trades unsettling tension for formulaic suspense, suddenly turning the effort into nearly every astronaut crisis movie that’s come before it.